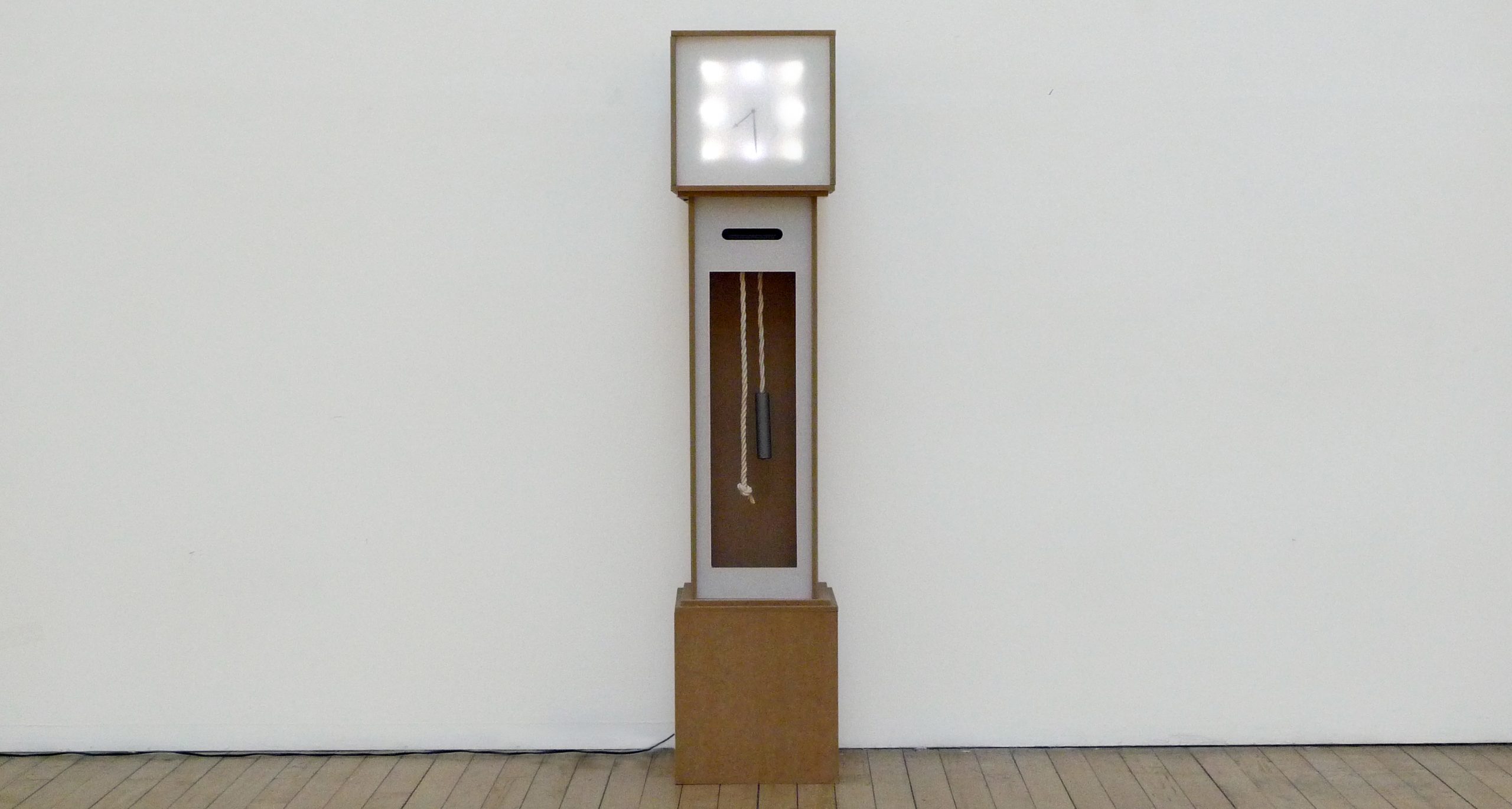 The Printer Clock emphasises the embodied and situated nature of time, pointing to the mesh of activities and characters that come together to create time. Students initially receive kits containing a small clock and a camera, and are invited to use this material to document their routines. These images are then time-stamped, and used to build up a database upon which the Printer Clock artefact will draw. This artefact resembles a grandfather clock, and is enhanced with a printer and a computer that stores the students’ pictures. Pulling the cord that is inside the clock activates the computer, which lights up the clock face and prints a picture that was taken at that particular time, in the past.

The fragmented experiences from days in the past present themselves as time-readings and invite students to establish connections with the moment that they were experiencing at the request. Time is therefore presented through the activities of others and the variety of pictures not only reveals the difference of rhythms, but also helps to foster greater temporal empathy within that group.

Kits containing a clock and a camera were distributed to the students, who used this material to document their routines: 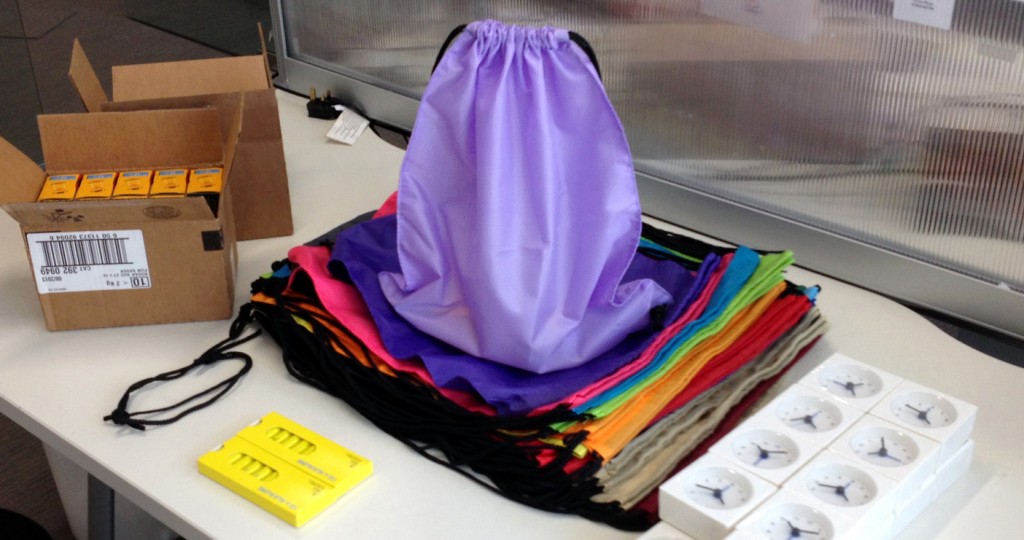 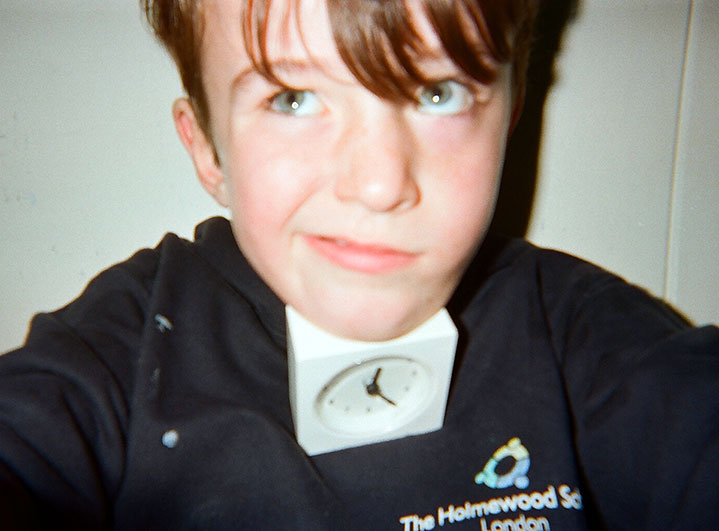 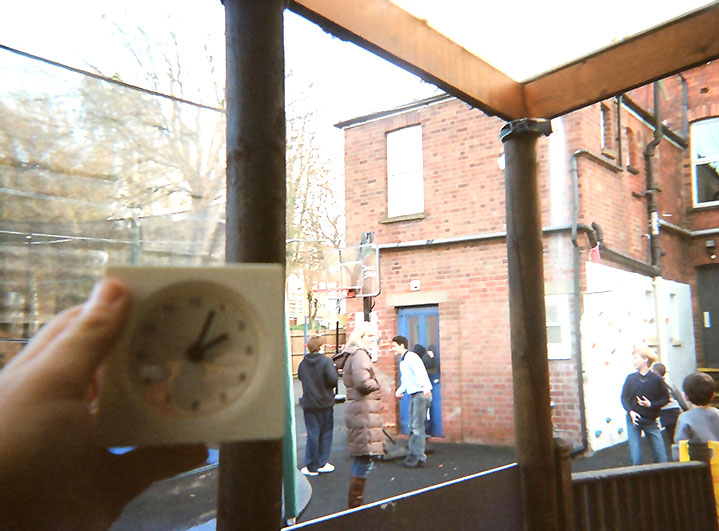 Documentation of the process:

The Printer Clock was designed together with Chris Speed, and was part of a larger AHRC-funded research effort to employ art and design methods to investigate temporal diversity across communities. The work plan was developed with Maaike Engelen, The Holmewood School London and Johan Siebers, University of Central Lancashire.