GigBliss is a series of hairdryers designed for a context of distributed energy provision where devices can mediate new forms of value and profit. The hairdryers can trade energy based on smart contracts hosted on a blockchain (e.g. Ethereum). The smart contracts define who will have control over the energy supply and who will profit from its trading.

GigBlissS plus
GigBliss Plus keeps track of energy availability and prices which are mediated with energy providers via smart contracts on Ethereum Blockchain. By combining its energy storage technology with the ability to track energy prices, Gigbliss Plus lets owners buy energy when prices are low and sell when they are high. Or, they can simply leave for the device to find the best deals for them. Gigbliss Plus puts users in control, ultimately allowing them to earn money. 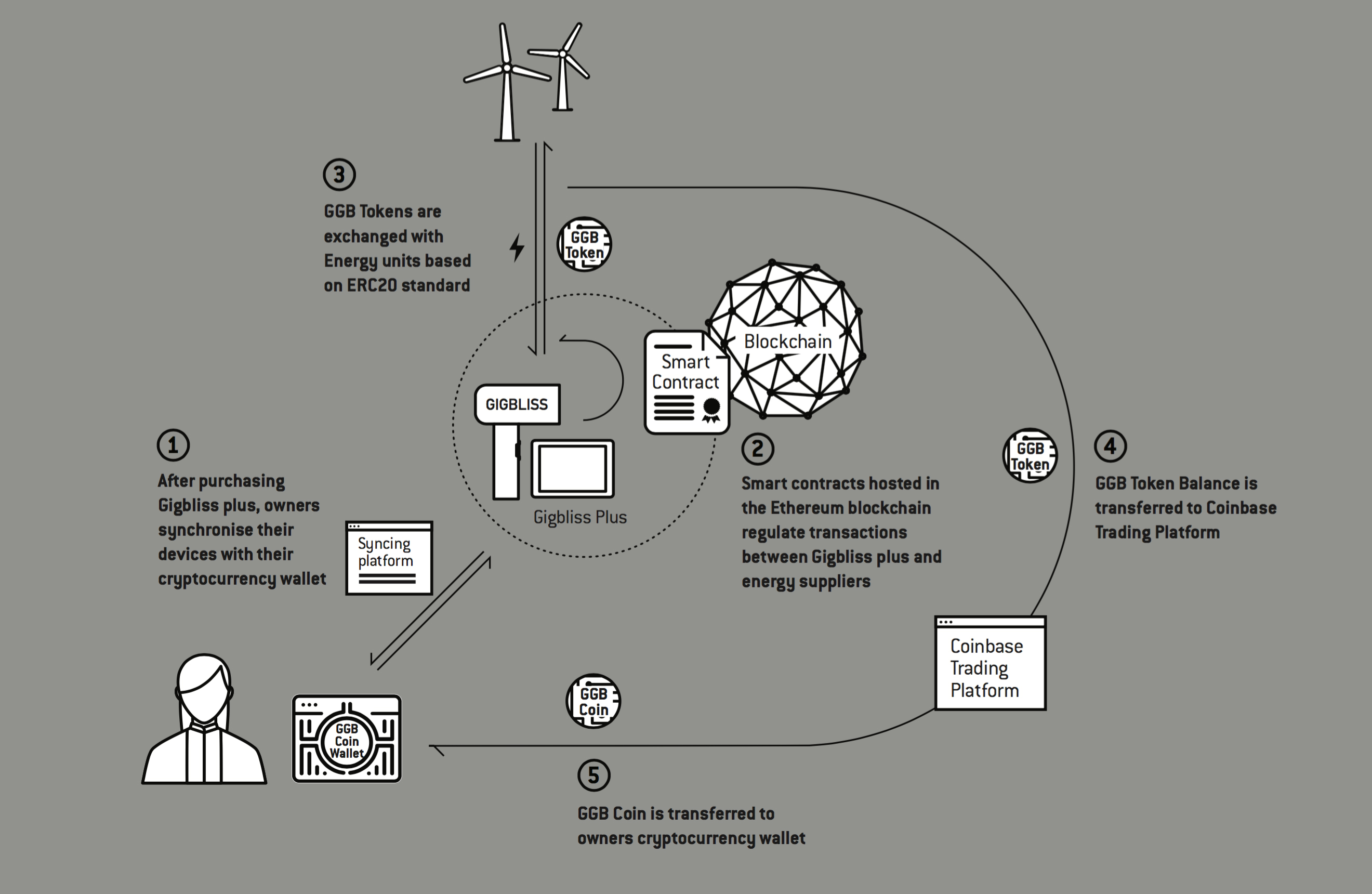 GigBliss Balance
GigBliss Balance gives users some level of control. It is based on a sustainable business model that allows consumers to host the hairdryer and return it to the GigBliss factory when the device is no longer needed. When inactive, it trades energy on the blockchain, allowing costs and energy prices to be drastically minimised to users. Profits go back to the Gigbliss corporation as a way to cover the costs for the device. Available at a very reasonable price, it therefore allows people to dry their hair when energy prices are low, but users might need to wait a moment to use it at peak times, when the device is most busy with the trading. Gigbliss Balance is a convenient and economic option for everyone. 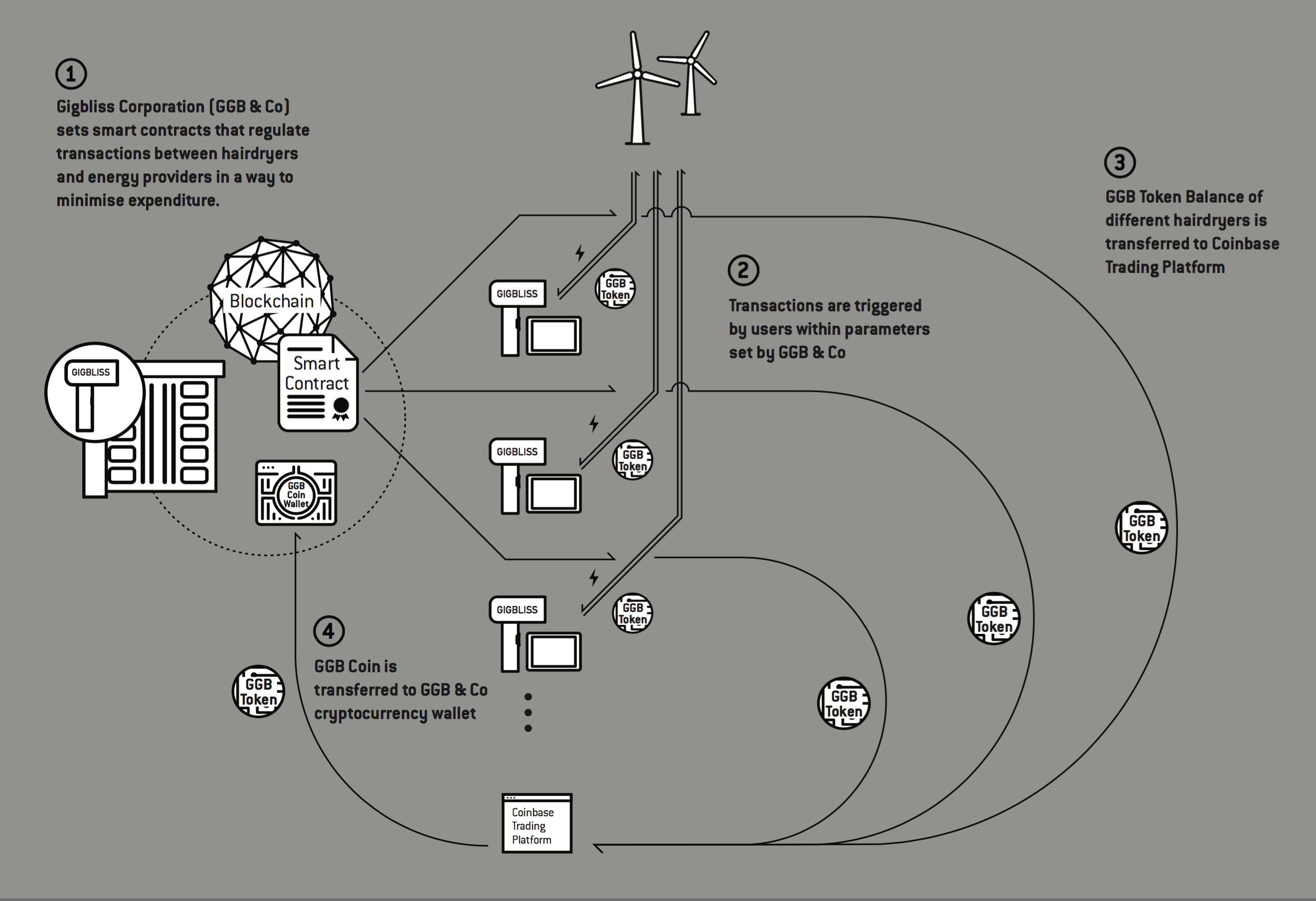 GigBliss auto
GigBliss Auto is available for free via local councils, community services and charities. In order to maximise investment, the hairdryers tend to turn on at off-peak times, allowing users to use it at no cost until the time period ends. Here the level of control is drastically minimised. 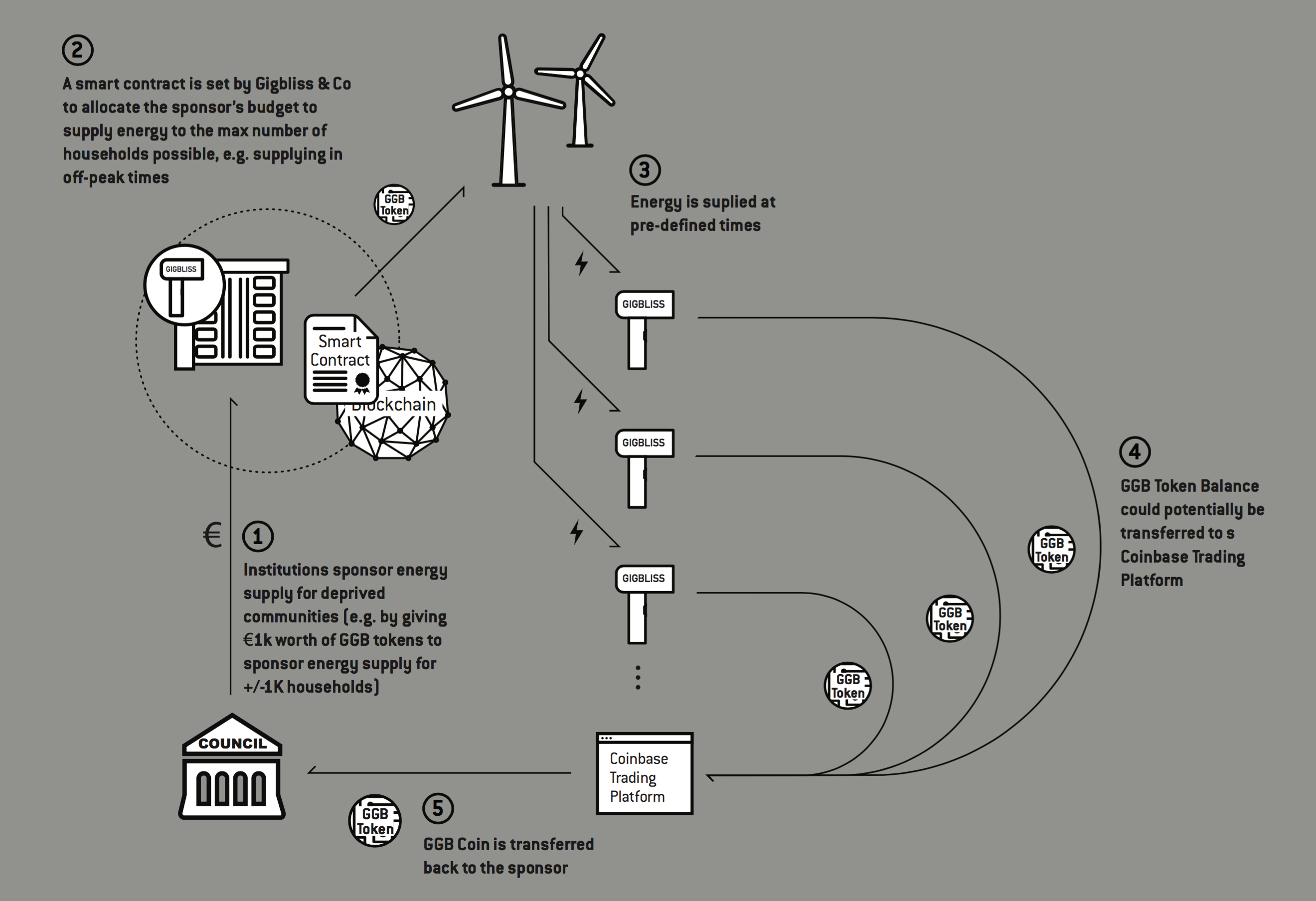 WHAT WILL ENERGY LOOK LIKE IN THE FUTURE?
Nowadays energy provision in Europe is mostly based on large power plants, which generate and transmit energy to national grids and then to cities, companies and households. National grids are well established, regulated, and centralised. A few emerging trends, however, suggest different energy futures. Distributed energy generation, for example, would allow smaller companies and even households to produce and sell energy in a free market economy.

WHAT IS THE RELATIONSHIP BETWEEN BLOCKCHAIN AND ENERGY SYSTEMS?
Blockchains have the ability to guarantee data immutability based on cryptography and distribution/synchronisation of records across multiple locations. Blockchains can host immutable algorithms, the so-called smart contracts, which can securely perform transactions according to pre-defined conditions. This way, Blockchains can manage transactions across small energy providers and consumers in a secure and transparent way, allowing different kinds of markets to emerge.

WHAT CHANGES WHEN BLOCKCHAINS START TO MEDIATE ENERGY TRANSACTIONS?
Supported by blockchain infrastructures, energy can be traded more flexibly and widely. This may suport small scales of energy production, greener sources and increased competition, which in turn creates multiple ways of consuming and adding value to energy e.g. according to peak times and access to energy storage. Gigbliss envisions a future in which devices will be able to store and/or adapt energy usage to fluctuations in prices and demand.

Icons in this documentation were designed by Linda Ma, Larissa Pschetz, and adapted from icons originally created by Symbolon (cryptocurrency wallet), Mikicon (token) and Made by Made (wind turbine) from the Noun Project (thenounproject.com)